Back in my corporate days, I remember a particular time when we got a new Divisional Manager.  The one leaving was Alex, who was a larger-than-life character.  He was passionate and extroverted.  He wore his heart on his sleeve, which meant he could be quite fiery at times, but you always knew what he was thinking.

The new manager, Luke, was much quieter, an introvert, someone who liked to reflect on things and give thoughtful responses.  He therefore seemed harder to get to know.  There was a very different vibe from the previous style of working.  Not better or worse, just different.

For the first week or so the leadership team were comparing notes about this new style and wondering what the new manager would be like to work with longer term.

It was called a New Manager Assimilation session, which sounds a bit scary but was very straightforward and super-helpful.  It catapulted us all forward massively in terms of our depth of relationship with the new manager.  And relationships are where the magic is.

1.  The manager’s direct reports meet together without the manager, but with a facilitator from HR or an external consultant to brainstorm the following areas:

The facilitator captures the responses to these questions on flip-charts or Post-Its.

2.  After the meeting the facilitator gives the consolidated list of responses to the new manager for their review and so they can prepare their feedback on each one.

3.  There is a second meeting – this time between the manager and the direct reports, again facilitated – in which the manager gives their responses to the questions raised.  The manager and their team can get into discussion and have an opportunity to ask further questions/get clarifications.

Ideally, the gap between the first meeting and the second is not very long – later the same day or the next day.

This second meeting is a frank and open discussion, which might cover anything from how he/she likes to be communicated with to what their hobbies are, to their priorities for the next six months.

I remember coming away from this session feeling like I knew so much more about the new manager.  I felt more confident about how I was going to work with him and what his expectations were. It was great to know a bit more about him as a person too.  And it was a lot of fun!

So, if you are starting in a new role with a team of direct reports, this could be a great way to get integrated with your team fast and effectively.  It will mean your work with them is more impactful more quickly.

If you’d like any further details or tips for running this, please let me know.  I am thinking about offering facilitation of these sessions, so if you are interested to set one up and want some help, I’d be happy to talk to you. 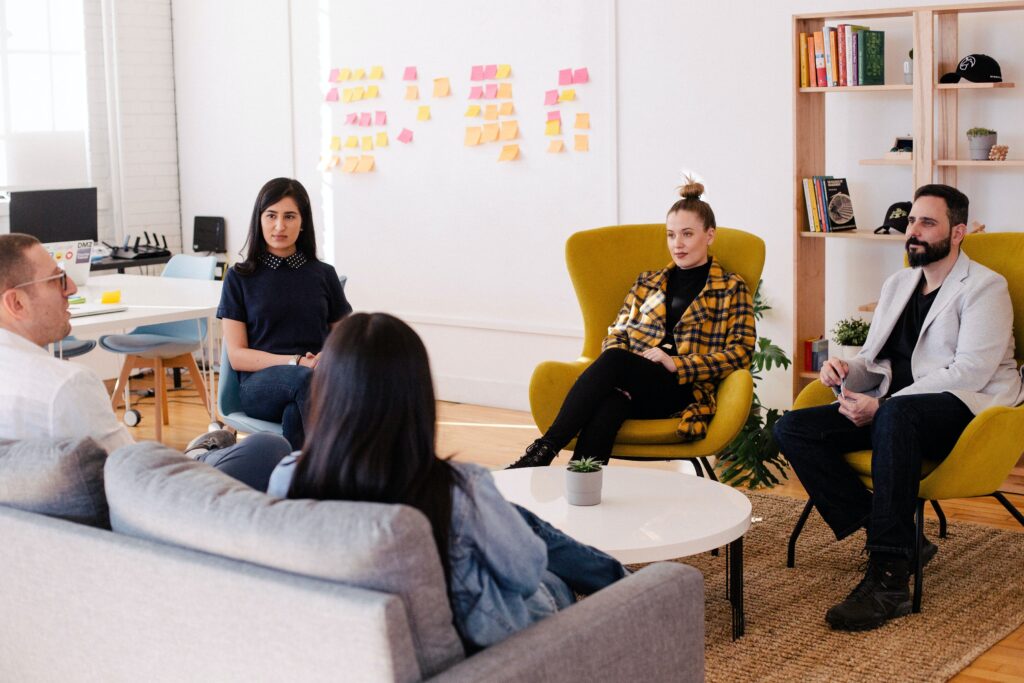 Catching up with your new job title

The more senior you become, the less feedback you get

What got you here won’t get you there!

What do you do when someone messes up?

How my dream job led me to start a coaching service

Let it all be weird for a while

Working from home – a guide

What stories are you telling yourself that are derailing you?

People I work with

Sign up to receive fortnightly articles, inspiration and information about upcoming events and programmes.